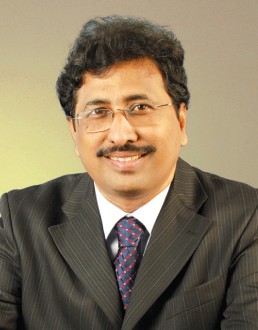 Katikala Siva Bhagya Rao is a former Indian Revenue Service officer who is voluntarily retired in the position of Deputy Commissioner of Income Tax in 2014. He is a philanthropist ,social entrepreneur. and media personality .He is the founder chairman of Sneha Telivision Group. He also founded Sneha club,Marriage Bureau, Snehawaani,Macs,Chits,Print, electronic media and a FPC.He has been awarded doctorate by Westbrook University of the United States.

Honorary Doctorate from Westbrook University—Awarded doctorate by the Westbrook University, USA for the social work carried out for 26 Years out of 49 years. The Award was received from the hands of His Excellency Shri N.D. Tiwari, Governor of Andhra Pradesh.

Sri. Katikala Ramakoti, Father of Sn.Dr. K. S. Bhagyarao, was a leader and visionary, in our community in and around Bapatla. Mother Smt. Katikala Kanthamma extended all her wholehearted support to his father to enable him to cater his services to the poorest of the poor in around the Bapatla. He was much inspired by his father and mother, and stepped into the shoes of his father to help/cater services to our people walking on the path of .

On 18th December 1981 while studying Degree Final Year, he opined ‘ask not what the village did for you, but what you did for the village’ by seeing the problems faced by the poor people and established the YUVAJANA SEVA SANGHAM. The funds required were mobilized from his own pocket money savings, and also from small works done for money by him and his friends. The funds were handled in utmost transparency. To involve more people, he stepped out of the shoes of his position in the organization and inspired many others to join. Under this banner, he:

The organization is currently being run by students and an advisory role is taken up by him.

He joined as a Group-C central government employee. Wherever posted, he inspired his colleagues to contribute in terms of money and time to visit the villages apart from his native village. He conducted extra-curricular competitions, and also awarded meritorious students. He did all these during his leisure hours. Due to the transparency in conducting the activities, many people were attracted towards the activities. After conducting such activities in many villages, some of the employees identified that education is the only weapon for development of the nation. They further suggested these activities should be in organized manner. The same was discussed with his father and his father also appreciated the charity work and promised to give back his agricultural income for carrying out the activities.

Siva Bhagya Rao was born in 1960 in Chintalapudi village, Ponnur Mandal in Guntur Dist, Andhra Pradesh. He was born to Katikala George alias Rama Koti and Katikala Kanthamma in a poor family belonging to scheduled caste.He is graduated from Guntur AC college. Since early days, he is inclined towards social welfare activities at his level. Taking inspiration from Dr BR Ambedkar, he had founded Ambedkar Yuvajana Sangham and established circulating libraries in the nearby villages.He encouraged talented poor students and provided them free tuition and awards,Moved by the poor and underprivileged sections in his region, Siva Bhagya Rao had spoken to the local VRO (Village Revenue Officer) and got sanctioned 25 cents land each to 82 families financial growth of d poor families. Katikala Siva Bhagya Rao is married to Swarna Latha. His wife had worked for Andhra Bank and opted for voluntary retirement. The couple is blessed with two sons - Katikala Kranthi Kumar and Katikala Srikanth. Siva Bhagya Rao's brother Katikala Venkat Rao is an Indian Defence Accounts Service (IDAS) officer. He is working as the Controller of Defence Accounts. Siva Bhagya Rao is settled in Hyderabad, Telangana.

He started his career as an UDC (Upper Divisional Clerk) in the Central Excise Department in 1985. Though he had got four job opportunities at once, he opted for the job at Income Tax Department as an Inspector in the Investigation Department, Hyderabad in d year 1988.He continued his education while working and certified in PGDPM (Post Graduation Diploma in Personal Management) and Law. He had received 72 commendation letters for his impressive performance at his work in the Income Tax department. The commendation letters he had received include from the likes of GR Reddy, Chandrasekharan, MS Reddy, commissioners and Officer Duvvuri Seshaiah. Through his performance, he improved his ranks in his job. He subsequently secured IRS cadre. And he got retired as the Deputy Commissioner of Income Tax from the same office in Hyderabad where he had joined as the Inspector.

Post retirement, he emerged as a social entrepreneur without leaving his tryst with social service. He has successfully founded Sneha Television. Currently, he is preparing ground for starting a TV channel with the principles of Dr BR Ambedkar. Plans are afoot to launch the channel, named as Master Key Channel (Ambedkar Channel) on the death anniversary of Dr BR Ambedkar, the major architect of the Constitution of India.

Katikala Siva Bhagya Rao firmly believes in giving back to society. He has taken up several social service and philanthropic activities in his capacity. With the help of wife Katikala Swarnalatha, brother Katikala Venkat Rao and father George, libraries were established in about 30 villages. In 2000, a trust has been founded in the name of his mother Katikala Kanthamma Educational Society. The trust is catering its social services in 45 villages. He started Sneha Club with the like-minded people in 2001. The club has expanded exponentially with over 12,000 members and multiplied its branches. In Andhra Pradesh and Telangana states, Sneha Club has about 202 branches . The club has also set up its branches in Karnataka and Maharashtra. The club had conducted several programs in villages and Social welfare hostels by interacting with people and children on Saturdays and Sundays. The club has also provided employment to over 2000 people.

K Siva Bhagya Rao's tryst with media began with the launching of Snehawaani circulated news paper In 2002 he started Sneha TV on the eve of Independence Day celebrations on 15-8 -2016 .The operations of Master Key channel (Dr Ambedkar channel) will begin commemorating the death anniversary of Dr Ambedkar and on the occasion of Centenary celebrations of mook nayak paper .The TV channel will be operated through crowd-funding. On the eve of Mahatma Jyotiba phule birthday,April 11, 2020, the channel's YouTube live was telecasted. Women will play crucial role in the channel's operation. Lady directors have been appointed to helm the channel's key affairs.